Summary: Social media made its first appearance all the way back in 1997. Though the general public didn’t swarm to those early sites at first, society soon took a turn.

Social Media Marketing in Utah: A Clear Lifeline to Your Audience

Social media made its first appearance all the way back in 1997. Though the general public didn’t swarm to those early sites at first, society soon took a turn. Less than a decade later, the explosion was in full swing, and it has only grown from that point. At present, more than 70 percent of Americans have a presence on at least one social media site, and Utah is no exception.

Facebook alone now has well over two billion users who are sharing a mind-boggling 54,000 links per minute. Instagram and Pinterest don’t fall far behind whereas YouTube retains an even higher following. Twitter holds its own as well at more than 550 million users and counting. In light of these figures, a growing number of businesses are realizing the value of social media marketing.

Though businesses are seeing the potential of using social media to boost brand awareness and sales, few truly understand how to use these outlets to their fullest advantage. Simply having a presence on these sites isn’t enough; successful marketing takes time, effort and plenty of planning. While a successful approach is going to be a bit different for every business, some vital aspects reign supreme.

In order to develop an effective social media marketing strategy, you need to know what your overall goals are. Do you want to bring more traffic to your website? Are you getting plenty of visitors but struggling with conversions? Is customer retention the issue you’d like to focus on? Determining what you hope to achieve will give you a clearer sense of direction right from the start.

With any marketing campaign, you need to know exactly who you’re dealing with. What are your target audience member’s interests, income brackets, education levels and professions? Using your current client database to reach out is a good start, but it’s only the tip of the iceberg.

Pay attention to past communications. Learn their language on both a literal and figurative level. Which types of posts do they interact with? How have they responded to information you’ve provided?

Don’t shy away from conducting surveys. They’re classic ways of gleaning vital information without seeming overly intrusive. Getting to know your audience on a more personal level will help you better understand how to catch their attention and hold onto it.

Far too many companies believe more is better when it comes to their social media presence, and this is ultimately their downfall. They spread themselves too thin across every possible outlet, leaving little room for success on any of them.

Quality is more important than quantity when it comes to social media marketing, and this is one of the areas where knowing your audience comes in handy. Considering its widespread reach and diverse demographics, Facebook would be a surefire bet for virtually any company. The same can be said for YouTube. LinkedIn, on the other hand, is an effective outlet for businesses targeting upper-level professionals.

Those focusing on certain portions of the Millennial generation may be well served by Instagram whereas middle and upper middle-class female consumers tend to gravitate toward Pinterest. Businesses targeting the younger crowd need presences on Snapchat, and those aiming for urban, in-the-know prospects should consider Twitter.

Again, every business is unique. These are only general guidelines. Though placing all your eggs in one basket is never a good idea, marketing on social media sites where target audience members aren’t likely to show up is a waste of time and effort. Find out when they’re typically online as well, so they’re sure to see those latest posts.

Know which Social Media Sites You Should be Using

Understanding how your target audience thinks and operates is crucial, but knowing how to best use the outlets they frequent is also vital. If Pinterest is one of your most effective channels, new ideas are always welcomed and posting content three to five times per week is recommended. On YouTube, viewers generally like to see two or three new videos each week.

At least three new Facebook announcements or articles should be put into play each week, but daily updates aren’t frowned upon. With LinkedIn, offering fresh content on alternating days will suffice. Twitter and Snapchat are quite a bit more demanding at three and ten new posts per day respectively.

Users on each of these sites have certain expectations of the brands they’re interacting with. At the same time, search engines monitor how often businesses post fresh content and user engagement rates. Both play into your rank and visibility.

No matter which phase of the sales funnel a prospect or customer is in, it’s important to interact with them personally. If they ask a question, answer them directly. Send them messages thanking them for recent purchases. Suggest new products or services related to their previous interests. This is known as social selling, and it’s been found to improve conversion rates, boost customer retention and satisfaction and ramp up recommendations.

If you don’t monitor your social media marketing efforts, you’ll never know how effective they actually are. Defining your goals ahead of time comes back into play here as well. Use analytics tools to find out where your campaigns are excelling and where they’re falling short. Make changes and adjustments as needed rather than wasting energy on ineffective tactics.

Millions of businesses are present on social media sites, but only a fraction of them are making the most of this vital marketing outlet. Others are quickly catching on, though. Success requires a clear strategy, and all these elements are vital to its development.

Decide what your social media marketing goals are beforehand. Understand your audience and the outlets available to you, so you can focus on the most important points. Keep up with your progress along the way, and don’t ignore the prospects and customers that are already on board.

Let our team of Social Media experts help guide you through the process. Contact us today!

Heidi is focused on the growth and profitability of her region's customers, and partners within the eMarketplace. She is fluently bilingual and has over 15 years corporate Digital Marketing and 10 years Marketing Automation experience for Global Fortune 500s. As far back as 2009 a demand generation website she created for a Global 100 SaaS provider was named in B2B Magazine's top ten B2B websites that year.

Here are some other blog posts you may be interested in. You can also book a 45-minute teleconference with the Managing Director of WSI Paid Search to perform a live audit of your own advertising campaigns. 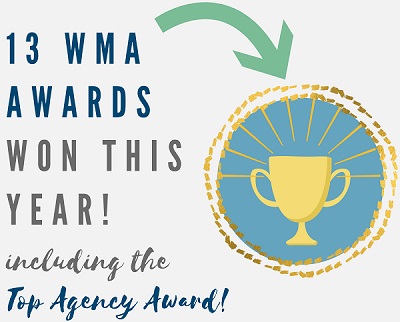 WSI Named Top Agency for Second Year in a Row 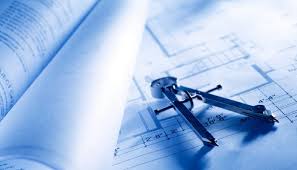 Why do you need a digital marketing blueprint?

You wouldn’t build a house without a blueprint so why would you start your marketing without a digital strategy?